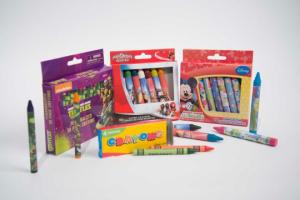 Several brands of crayons and toy detective kits have tested positive for asbestos, a knowncarcinogen, according to a report released this week by an environmental group that’s advocating for the government to crack down on the substance.

The Environmental Working Group (EWG) Action Fund partnered with two independent laboratories to test for asbestos in crayons and children’s crime scene fingerprint kits purchased at national retailers. Four brands of crayons and two crime scene kits came back positive with trace elements of the substance — even though toy manufacturers have previously promised to make sure their products are free from the potentially harmful material.

Products that tested positive for asbestos were all manufactured in China and imported to the United States. The toys essentially contain microscopic asbestos fibers that children may end up inhaling as they use them.

The risk of asbestos exposure from the products tested — which include crayons marketed with the popular characters Mickey Mouse, the Power Rangers, and the Teenage Mutant Ninja Turtles — is relatively low. But environmental researchers and health experts argue that children shouldn’t be around asbestos all, particularly since the government has acknowledged there’s no “safe” level of exposure.