Lack of compensation for veterans suffering from asbestos exposure

Around the world, military and navy veterans are dying from mesothelioma (a rare kind of cancer) contracted from exposure to asbestos whilst they were on military service. But rather than aiding war heroes, laws are threatening to prevent veterans from accessing compensation.

In the UK, veterans suffering from asbestos-related illnesses are £150,000 worse off than their civilian counterparts. This is because compensation restrictionsare protecting the UK Ministry of Defence (MOD) from being sued for illness and injury incurred by service personnel before 1987. In the US restrictions are being proposed on compensation for victims of asbestos under the FACT bill.

How were veterans at risk?

Asbestos exposure is linked to mesothelioma, an aggressive form of cancer that manifests most commonly in the lungs. Life expectancy following diagnosis usually ranges from 12 to 24 months.

Naval veterans were often unwillingly (and unknowingly) exposed to asbestos through their work in boiler rooms, where the fibrous material which was regularly used as insulation and fireproofing until the late 1990s. In addition to veterans, those working on naval shipyards, like the Long Beach and Brooklyn Navy Yards, were often also exposed to asbestos. In the US, 30% of mesothelioma cancer cases are among veterans, whilst in the UK, it is estimated 2500 Navy Veterans are likely to die before 2047 from mesothelioma. Read more

Air quality — inside as well as outside — can affect your health

By Deanna Duff, Special to The Herald

Patrick Clifford is a lifelong outdoors enthusiast. However, in 2014 he found himself working hard to catch his breath while laboring outside. The retired Everett Public Schools teacher was diagnosed with a serious pulmonary condition that has reduced his lung capacity to a third.

“I didn’t realize how bad air quality can be until I got sick,” Clifford says.

“Unless you’re sick, you often don’t realize how close to being in trouble you are. Because air is invisible, you think it’s not even there.”

Air quality impacts everyone and overall health. According to Dr. David Russian, pulmonologist with Western Washington Medical Group, oxygen is one of the body’s most basic fuels.

“We can’t live without our lungs. If they are diminished, everything else is, too — our ability to exercise, risk for infections and cardiac health,” Russian says. Read more

How to test for lead in your home water supply

The water crisis in Flint, Michigan, may have you asking, “Does my home’s water contain lead?”

Lead “bio-accumulates” in the body, which means it stays and builds up over time, so ongoing exposure, even at extremely low levels, can become toxic. While the EPA says you can’t absorb lead through the skin while showering or bathing with lead-contaminated water, you certainly don’t want to drink it, cook with it, make baby formula with it or use it to brush your teeth. Read more

Asbestos found in Harvard building materials recently forced at least one undergraduate to temporarily relocate out of his room in Winthrop House, although administrators say current levels of the fibrous material pose no health problems to students.

Last semester, after arriving back to his dorm, Winthrop resident Matthew W.G. Walker ’16 said he noticed a chunk of plaster had fallen from the ceiling into his closet, scattering dust over his clothes. The next day, Winthrop House staff and facility workers tested the plaster and found levels of asbestos in the material, according to Walker.

Winthrop House Masters Stephanie Robinson and Ronald S. Sullivan Jr. wrote in a statement that standards of construction for older buildings are to blame for the presence of asbestos, which was frequently used for fireproofing and insulation throughout the twentieth century.

“Asbestos has been found in rooms at Winthrop House, either during repair work or during episodes where something breaks and materials behind the wall are exposed,” they wrote, adding that no students or staff members in the House are exposed to asbestos in ways that would break building codes. Read more

“We’ve been remedying the situation. As it’s escalated, we too have escalated our actions,” said Adriana Garcia, PhD., the district’s director of public relations.

A demolition crew remained on site Monday and could be on campus through the start of February, restoring walls damaged by water.

Garcia confirmed two teens were arrested for the vandalism, which took place some time during the Thanksgiving holiday. Garcia declined to release the names of the teens or other details of the investigation because the teens are juveniles and the investigation is ongoing. Read more

As the contaminated water crisis continues in Flint, Michigan, health experts said they are working to ensure the youngest victims do not suffer through a lifetime of health effects from the exposure.

Lead is a known neurotoxin and is particularly harmful to young children whose neurological systems are still developing. Early lead exposure can have a lifetime of consequences, including lowered IQ, behavioral issues and developmental delays among others, according to the U.S. Centers for Disease Control and Prevention.

In Flint, researchers found that the incidence of children with elevated lead levels in their blood more than doubled after the water crisis began, according to a study published in the American Journal of Public Health in December. Read more 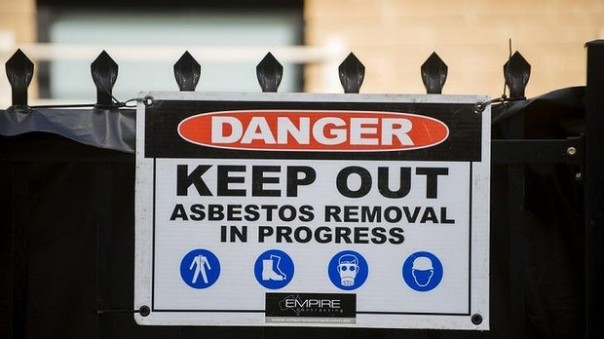 Asbestos surveying requirements for residential building demolitions will be beefed up beginning Jan. 1.

The Oregon Legislature passed Senate Bill 705 this year in response to growing concern among Oregonians about exposure to cancer-causing asbestos fibers, which can be released into the air as a result of improper handling or disposal of asbestos-containing materials such as insulation.

As directed by the bill, the Environmental Quality Commission has approved a temporary rule prohibiting demolition of a residence unless an accredited inspector has performed an asbestos survey.

A similar rule already exists for multifamily and other structures.

There are three exemptions to the rule: If the residence was built after Jan. 1, 2004; if all material is managed as asbestos-containing material; or if DEQ approves, on a case-by-case basis, a written request to waive the survey requirement. Read more