By Brittany A. Roston, http://www.slashgear.com/

A scheduled cargo run to the International Space Station has been delayed,NASA announced yesterday, due to packing bags that have developed black mold. The bags are used to pack food, clothes, and other supplies being sent the ISS, and they’re made of fabric. Of them, two were found to have black mold present, and more possibly could be affected. The black mold’s cause has not been determined at this point, but the space agency is looking into the matter.

The ISS cargo run has been delayed for at least two weeks, according to NASA. Lockheed Martin is also investigating the cause of the black mold, which is no doubt facilitated by the high humidity levels in Florida’s climate. The Orbital Cygnus, a cargo spaceship, will be sent with the cargo, and has already been packed halfway full. Read more

Renters have little recourse but to record problems with mold

The spots, the smell and the struggle with mold and mildew are a common complaint to 5 On Your Side. When it’s your house, you know you have to take care of it.

But what about renters? Those who are stuck in a lease still have some recourse.

Rent or own, mold is everywhere. It just needs moisture to grow. Some people have severe reactions to it. Others are totally unaffected. Everyone knows that wherever mold and mildew are growing, the problem should be cleaned up and fixed!

April Turpin and Alex Garner lived in a rental home in Coats for two and a half years. They found the first signs of a problem on a bathroom floorboard, and they contacted their landlord.

“We said, ‘Hey, there’s this board in the bathroom we’re kind of concerned about,'” Garner said. “And he said, ‘Oh no, it’s not a problem. If it’s an eyesore, paint over it.'”

But the mold bled through the paint, and other problems arose. Read more

He was the only survivor of a mold outbreak inside UPMC hospitals.

However, the 70-year-old man died this weekend.

Before his death, he and his family filed a lawsuit against UPMC alleging medical negligence.

Che Duvall initially went to UPMC Presbyterian Hospital in August of 2015 to receive a double lung transplant. A month later, he was diagnosed with the infection and received treatment up until Saturday, when he was pronounced dead. Read more

The International Space Station now has a bright pop of orange, thanks to commander Scott Kelly’s green thumb. Kelly showed off his gardening results — a thriving zinnia with a beautiful orange-yellow bloom — over the weekend. He posted photos of the flower on his Twitter account.

“Yes, there are other life forms in space!” Kelly said in a tweet.

Last month, Kelly had to fight off mold that threatened to kill all the flowers in the space station’s mini-greenhouse. Mission Control gave him free rein, and he managed to save some of the crop. This type of autonomous gardening will be necessary during Mars expeditions, Kelly noted. Read more

“We’ve been remedying the situation. As it’s escalated, we too have escalated our actions,” said Adriana Garcia, PhD., the district’s director of public relations.

A demolition crew remained on site Monday and could be on campus through the start of February, restoring walls damaged by water.

Garcia confirmed two teens were arrested for the vandalism, which took place some time during the Thanksgiving holiday. Garcia declined to release the names of the teens or other details of the investigation because the teens are juveniles and the investigation is ongoing. Read more 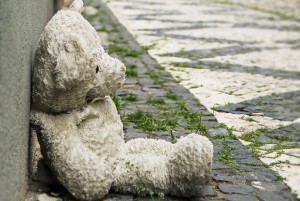 Eighty per cent of teddy bears are contaimianted with bacteria linked to food poisioning and a quarter harbour bugs commonly found in faeces.

That is according to new resaerch carried out by Dettol – which also found that 90 per cent of children regularly drop their teddies on the floor and 75 per cebt of bears aren’t washed after a child has been ill.

Microbiologists swab-tested a variety of children’s teddies and found that over 80% were contaminated with staphylococcus spp (a pathogen associated with food poisoning) and almost a quarter contained coliforms, indicating a possible presence of harmful organisms. Read more

Benefits for humanity: From NASA to Napa

From the microgravity environment aboard the International Space Station to the microclimates of the Napa Valley, station research impacts many different industries on Earth. The latest video in the Benefits for Humanity series illustrates how solutions for growing crops in space translates to solutions for mold prevention in wine cellars and other confined spaces on Earth.

Mold tends to grow in wine barrel storage rooms due to stagnant air. This not only can taint the wine, but also it can create an unhealthy working environment for winemakers. Luckily, a solution created for optimizing crop growth on the space station has helped reduce the amount of airborne mold spores in wine cellars.

NASA is studying crop growth aboard the space station to develop the capability for astronauts to grow their own food as part of the agency’s journey to Mars. Scientists working on this investigation noticed that a buildup of a naturally-occurring plant hormone called ethylene was destroying plants within the confined plant growth chambers. Through collaboration with the University of Wisconsin, researchers developed and successfully tested an ethylene removal system in space, called Advanced Astroculture (ADVASC). It helped to keep the plants alive by removing viruses, bacteria and mold from the plant growth chamber.

Realizing the potential for use in confined spaces on the ground, scientists adapted the ADVASC system for use in air purification. Initially used to prolong the shelf-life of fruits and vegetables in the grocery store, winemakers soon took note of the technology and employed it in their storage cellars. According to one winemaker, the ADVASC-derived air purification system enhances storage conditions, resulting in even better wine.

“It’s amazing when you think about all the innovations that are going on up in space, how they can come into a place as unexpected as a winery, which translates to benefits on your dinner table,” said Andrew Schweiger, winemaker at Schweiger Vineyards in St. Helena, California. Read more 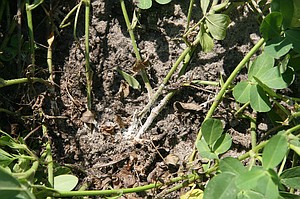 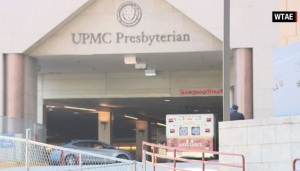 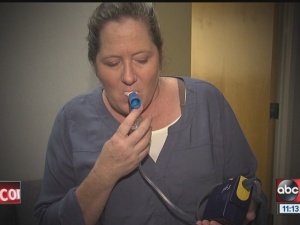