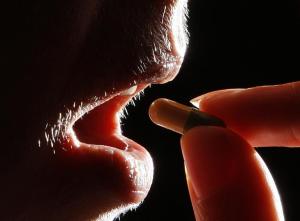 A man in Switzerland was discovered to have suffered from lead poisoning after ingesting pills that he thought contained the hair of a dead Bhutanese priest. The man, originally from the country of Bhutan — whose state religion is Vajrayana Buddhism — thought the alternative medicine would treat his Bell’s palsy.

According to a case report published in F1000 Research in 2011, the Swiss man was admitted to the emergency room in Geneva with severe abdominal pain. He had experienced bouts of nausea and vomiting for five days. Doctors performed all the routine tests, but couldn’t identify what the problem was. According to Live Science, when the patient’s symptoms didn’t let up after a few days, doctors asked him if he was taking any traditional remedies. That’s when the man confessed to injesting unmarked pellets every day for three to four months in an effort to treat his Bell’s palsy.

Doctors performed a series of blood and urine tests and found high-levels of lead in the patient’s system. His blood contained 80.8 micrograms per deciliter of lead, over eight times what the Centers for Disease Control and Prevention considers a “level of concern.” The man’s stomach symptoms were deemed to be the result of lead poisoning.

Lab tests proved the paint used to color the pills was indeed full of lead.

“The origin of the intoxication was discovered to be due to the patient taking Bhutanese traditional medicines to treat a resolutive Bell’s palsy a few months earlier,” the authors of the study noted. “These medicines were composed of parchment with ink writing and pellets. The patient thought the drug comprised hair of a deceased local priest with therapeutic virtues.”